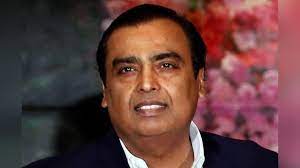 On June 22, the NCLT had reserved its order on the plea by Reliance Retail seeking consensus of shareholders for the company’s deal with Kishore Biyani-led Future Group.

A similar petition by the Future Group was allowed by the NCLT, paving its way for meetings of creditors and shareholders in order to seek approval for the transaction.

Long stop is an established practice in mergers and acquisitions, which refers to a timeframe when all the conditions precedent for a transaction need to be fulfilled and the transaction completed.